Spare, nearly empty office or kiosk with space for a computer screen on a desk or table, chairs for the Deputy Underdevil and for the interviewee, Milo.

Curtain
Posted by Alan Contreras at 1:58 PM No comments: 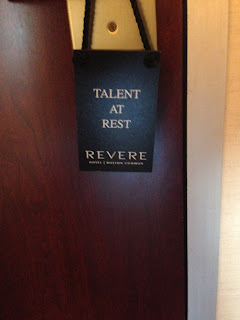 Posted by Alan Contreras at 4:58 PM No comments: 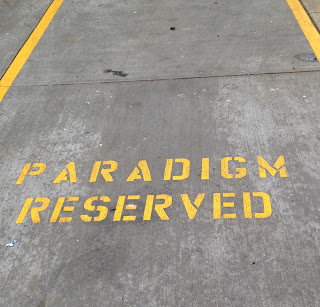 Posted by Alan Contreras at 4:56 PM No comments:

Pursuit of Happiness: An Introduction to the Libertarian Ethos of Charles Erskine Scott Wood

Posted by Alan Contreras at 7:08 PM No comments:

Posted by Alan Contreras at 6:48 PM No comments:

The Attorney General of Texas has declared the Supreme Court decision on gay marriage "lawless" and said that Texas officials don't have to issue marriage licenses if their beliefs preclude them from doing so.
Lawless? So the AG of Texas is the ultimate arbiter of what is or is not lawful? Did he not take a class on jurisprudence in law school? Or a class in anything else? What I learned in law school is that we have a government based on laws and we have appellate courts to answer questions about those laws and a Supreme Court to answer questions when the appellate courts disagree.
So what exactly does Mr. Paxton think was "lawless" about all of this? It's pretty simple - his side didn't win. Well, that happens. My side doesn't always win either but I don't whine and call the result lawless.
My personal view as a GL (Green Libertarian) is that the government should not be marrying people at all - what does the government know about love? OK, the IRS loves me once a year. But since the government DOES marry people, I think the decision is right because government action, to be lawful, must be rational. As a gay man I might someday benefit from it, should I meet Mr. Right (again).
Mr. Paxton wants the government to follow his religious beliefs. That's not how it works in the U.S. We also read that Republican presidential candidates are for the most part opposing the decision even though a clear majority of *Republicans* under the age of 35 favor gay marriage. And these candidates claim to be "leaders," gaaaack.
Saint Hillary is only slightly better: the ultimate poll-watcher, she slithered and crawfished and eventually supported gay marriage when the poll numbers got high enough.
Leaders? I seen none who are electable. But as for lawless, it is Mr. Paxton, not the Supreme Court.
Posted by Alan Contreras at 6:38 PM No comments:

The South or the Confederacy?

Today's Eugene Register-Guard carried a story by the AP's Mark Sherman and Nicholas Riccardi on the progress of gay marriage in the United States.  In it the following sentence appears.

"The unbroken string of state and federal rulings in support of gay and lesbian unions takes in every region of the country, including states of the Confederacy, and brings to 26 states where same-sex couples can get married or a judge has rules they ought to be allowed."

I can't recall the last time I saw the term "Confederacy" used in a news article referring to a current event.  It doesn't even say "former Confederacy," but even if it did, don't we usually say South these days?  I confess that I grinned when I read this interesting choice of words, because these days the general political odor from the, er, Confederacy, has been that of desire for a separate polity.

Granted, the same can be said of wide swathes of the sagebrush west, but these rural western "cowcasians" are few in number and their desire for separateness is much more libertarian in nature, while the Southern attitude toward government is not that it leave people alone, but that it promote a specific set of behaviors and lifestyles connected to a particular expression of localized top-down Christianity and socioeconomic neo-feudalism. That in a nutshell is the most important division within the Republican party.

But back to the Confederacy.  Should we revive this lush, historically rich word?  It has been dead a while, but hey, zombies are popular these days (Mitch McConnell still walks, after all) and the word is so very descriptive. We could start referring to Ted Cruz as "one of the Confederacy's most visible senators."

What do you think? the Confederacy or the South?
Posted by Alan Contreras at 9:58 AM No comments: 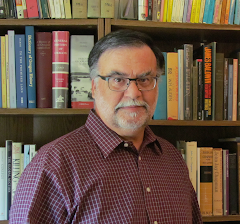 Alan Contreras
Eugene, Oregon, United States
I live in Oregon. I write on a variety of subjects.